BMW FEM (FRONT ELECTRONIC MODULE) and BMW BDC (BODY DOMAIN CONTROLLER) are the supersedes of CAS units. It is integrated with functions of CAS, FRM, JBE and ZGW. Comparing FEM with BDC also does the functions of REM which is separate ECU for controlling rear electronic functions of FEM model cars.

Immobilizer data is stored in BMW FEM/BDC and needs to be matched with DME and EGS for the proper running of car. The central gateway module (ZGM) is installed in the Front Electronic Module (FEM) as an independent control unit. 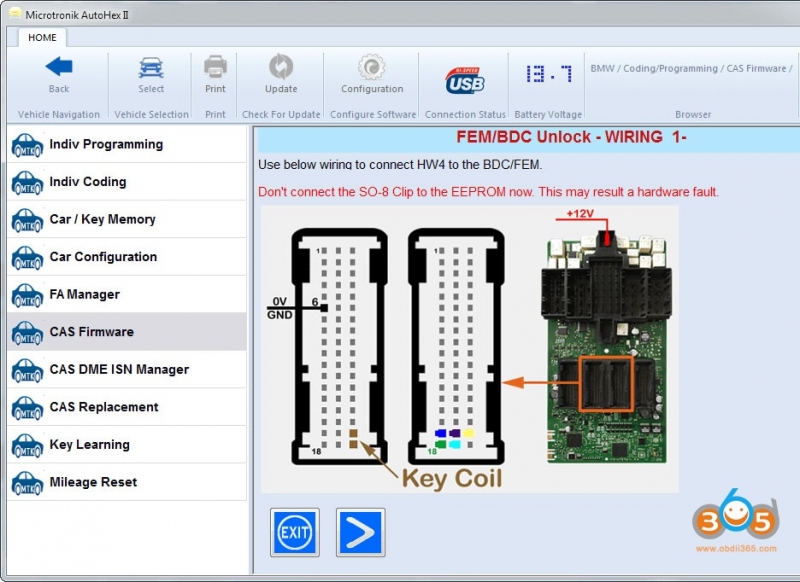 For doing various jobs like key programming, changing VIN and Editing stored ISN in FEM or BDC you need to unlock it on bench using Autohex software. The unlock procedure gives you one secret file at the end which can be used to do any function for FEM/BDC modifications.

Unlike all other tools that support FEM/BDC, Autohex II does not require to solder or desolder any component from the FEM or BDC, you need to connect 7 pins to FEM/BDC connector only.

After Autohex II generates the BMW FEM/BDC Secret file, all the other jobs like FEM key programming,VIN modification, ISN change,…etc will be done by OBD, no more on bench works as long as you have the secret file.

Unlocking BMW FEM/BDC with Autohex II does not need any de-soldering and/or soldering, and Autohex II will start the procedure by collecting all important info from FEM/BDC to generate a backup file (a restore point) which will be very useful when some problems may happen.

Autohex II is the most safe and secured tool that deal with FEM/BDC functions as it will not start any modification before a backup file is generated. 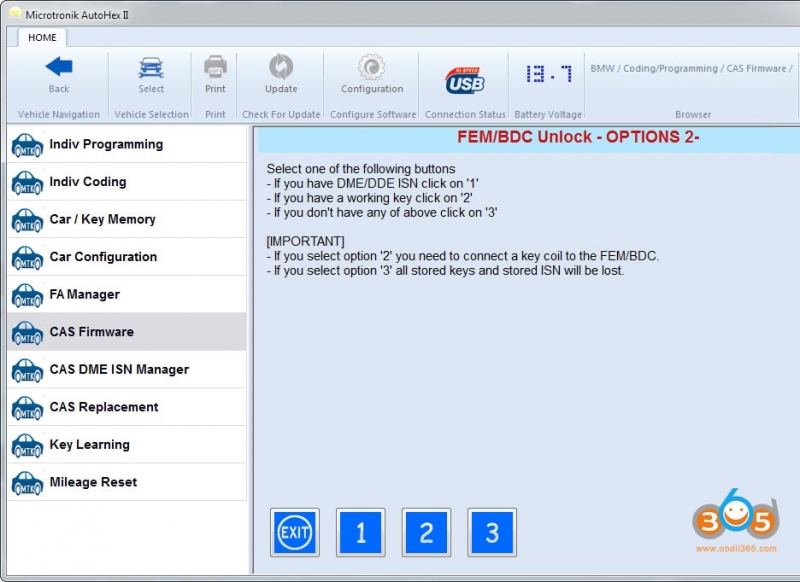 This option can be used when programming all key lost situations of car. Can read ISN from DME using autohex or ISN boot mode software.

When you want to add extra keys for your car you can go for this option. Key coil should be attached to FEM/BDC in this process.

Autohex II is the only tool that is able to use this case. This option can be used when replacing FEM/BDC with a second hand one, or when a car losts DME and all working keys. When you use this option AutoHex will reset full FEM and generates a random ISN for it. After getting the secret file, you can program a new key for this FEM/BDC, then you can either write original ISN from DME/DDE to FEM/BDC, or write the generated ISN for FEM in the DME/DDE.