2011 BMW 135i all keys lost was done with autel maxiim im608! Tried first to do all keys lost through IMMO status failed because of CAS3++ istap and chip was encrypted. Then used CAS3 downgrade in IMMO option and after 46th try on key insert it worked! By the way never had one to start on any first couple tries. Who ever had issues downgrading remember you did something wrong or car was the issue. Customers play with INPA and other crap to code and update.. battery is the main reason..have done multiple of these thru OBD2.  It takes 25 min job..customer purchased it for parts..just needed to know if it run and engine spins..no blade cutting Next time buy a maintainer for the battery & keep up over 13V. That way you have no issues. Good job. I know and trust the tool I use, but there’s absolutely nothing wrong with doing it like that. Provided you know how to fix the CAS if it goes wrong. It’s usually quicker than whipping out both CAS and ECU and reading them, less hassle, and it’s a perfectly valid way of finding the last four bits of the ISN. Always use battery support to downgrade CAS and I put a booster pack on – different thing – when doing the <64 times process. If the starter motor is going to fail in the next 64 attempts to start it, it was going to fail anyway. Mostly, the car starts between 32 and 60, but I’ve had them go on the second try, and the 63rd. You know how to fix it if it goes wrong though… a lot of people using im608 don’t.. that’s why they are using it to do bmw encrypted systems. Repair BMW CAS3+ ISTAP with Autel IM508/IM608 After Failed Update via OBD 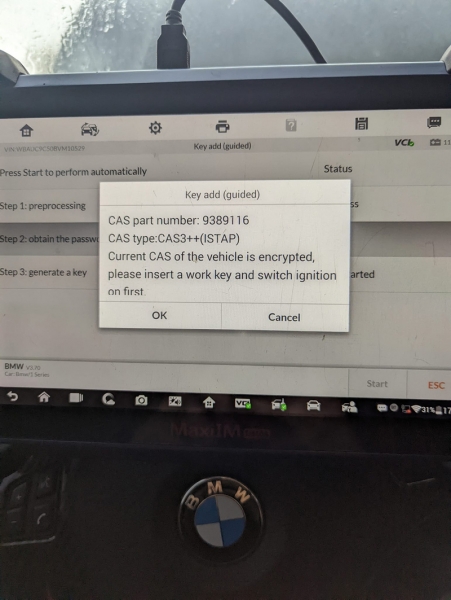 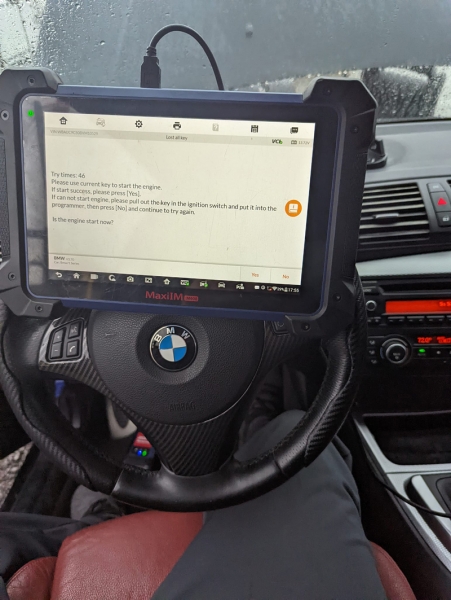