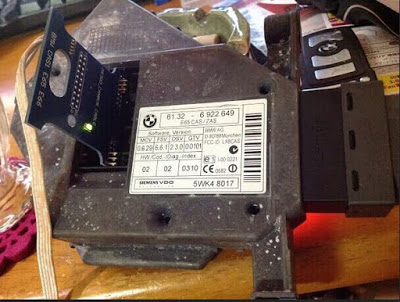 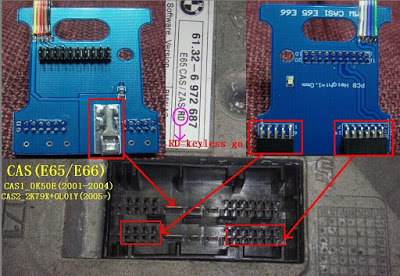 Possible reason:
1) Incorrect way/method to read CAS1
2) CAS box issue
Solution:
Not all CAS1s are read via BDM, for BMW Motorola CPU this type (picture below), it cannot be read by BDM, it has to be read by welding the wires.
There is a 26-pin flat ribbon cable in the package, and the picture below displays the number of the flat cable. When connect AK300 with CAS, check the number or ribbon cable. You need to dissemble the CAS and solder the wires follow the number marked red below:
e.g E65 CAS 1 read by welding wires: 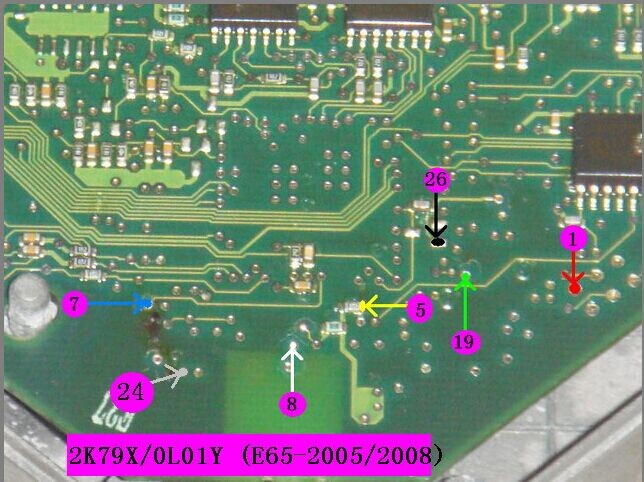 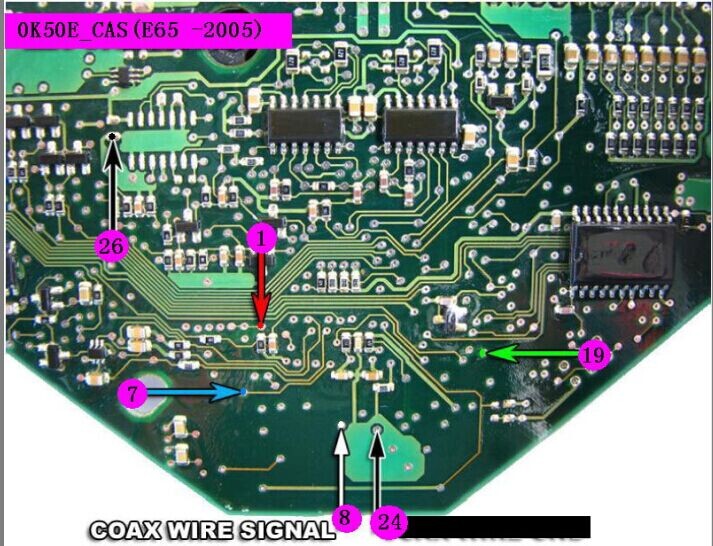 NOTE:
This is an example of reading the E65 CAS1, does not fit all CAS1. But if your CAS1 CPU is this type, it should be read by soldering wire but not by BDM plug.
If all the above solution failed, there is something wrong with your CAS box.
Here are some common problems when connecting AK300 key pro with BDM plug.
Q: I connected it via the BDM plug using the numbers from 1 to 26, I connected it with the numbers on the diagram. But the numbers on the diagram doesn’t correspond with the colors on the diagram, my number1 plug is blue but the number1 plug on the diagram is red.
A: When you connect the CAS, you don’t need to care about the cable color, just connect it via Number from No1 to No26. And with cable, the yellow one is NO1, then you connect it one by one with the Number, it shows you the order on the cable.
Q: Do I need to purchase CAS PLUG to work with AK300 if I failed to read CAS?
A:NO, all the adapters are included in the AK300 package. The CAS Plug is used with Xhorse BMW Multi Tool rather than AK300.

info 0
Problem 1: My Autel MaxiIM IM608 was locked after programming the key on hyundai